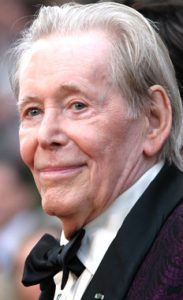 Peter O’Toole, who turns 80 in August, announced this week he is retiring from theater and film. The renowned stage and movie actor received eight Best Actor Oscar nominations in his extensive career and was awarded a lifetime achievement Oscar in 2003.O’Toole was a prolific performer right up to  his announcement and will yet appear in almost half a dozen films still in production. With his typical style and grace O’Toole announced his retirement in a heartfelt statement:“The heart for it has gone out of me: it won’t come back,” O’Toole wrote. “It’s my belief that one should decide for oneself when it is time to end one’s stay. So I bid the profession a dry-eyed and profoundly grateful farewell.”It’s not easy giving up your life’s passion and moving into a new phase of life, whether you’re a blue collar worker or an internationally-acclaimed film star. O’Toole had the good fortune and talent to continue performing groundbreaking roles late in life, including in the 2006 film Venus, a poignant and funny exploration of aging through the eyes of a retired actor who finds himself falling in love with a young woman as he grapples with his own aging and deteriorating health due to prostate cancer.In his farewell statement O’Toole thanked both his colleagues and the film industry that sustained him for more than six decades:“My professional acting life, stage and screen, has brought me public support, emotional fulfillment and material comfort. It has brought me together with fine people, good companions with whom I’ve shared the inevitable lot of all actors: flops and hits.” Related PostsTweetShareShareEmail0 SharesTags: Elderhood film In the News movies retirement